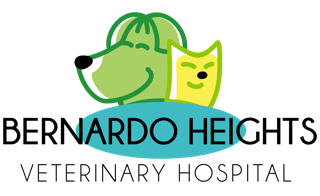 Gastropexy as a Preventive

A prophylactic gastropexy is a surgical procedure that prevents formation of a gastric dilatation volvulus (GDV) in dogs. GDV is an immediately life threatening condition in which the stomach fills with gas (dilatation) and rotates upon itself (volvulus). Often people will refer to this as "bloat." GDV causes life threatening cardiovascular compromise and often severe damage to the stomach and spleen, and as no surprise, can be fatal in 29% of casesa. The good news is that GDV is largely preventable by performing a prophylactic gastropexy. 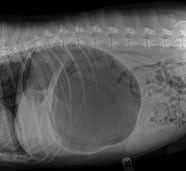 A prophylactic gastropexy involves surgically attaching the stomach to the abdominal wall, which typically prevents the rotation/volvulus of the stomach in a GDV. Dogs that have had a gastropexy performed still can have a stomach that distends with gas (bloat), but the rotation/volvulus is prevented. And the volvulus is primarily what causes the life threatening consequences of a GDV.  Thus, a prophylactic gastropexy can be a life saver for many patients.

Many breeds are at risk for developing GDV, including Great Danes (highest risk), Irish Setters, Weimaraners, Standard Poodles and Rottweilers, among others. Great Danes have a lifetime risk of 25 to 45% of developing a GDV, meaning that 1 in 3 Great Danes will develop a GDV in their lifetimea, b. Our veterinarians can discuss with you if your particular

dog has an increased risk for developing GDV, and if a prophylactic gastropexy makes sense for your specific situation.

A prophylactic gastropexy can be done as a stand alone procedure, or along with another anesthetic procedure, such as a spay or a neuter, or in some cases during other abdominal surgery. Much discussion has been had regarding the best age to do a prophylactic gastropexy. There are no specific published studies regarding this, but the general consensus among veterinary surgeons is that anytime after 6 months of age is reasonable and safe. However, your veterinarian can discuss this topic with you and you both can decide upon the best time to do the procedure for your given situation.

Give Us A Call